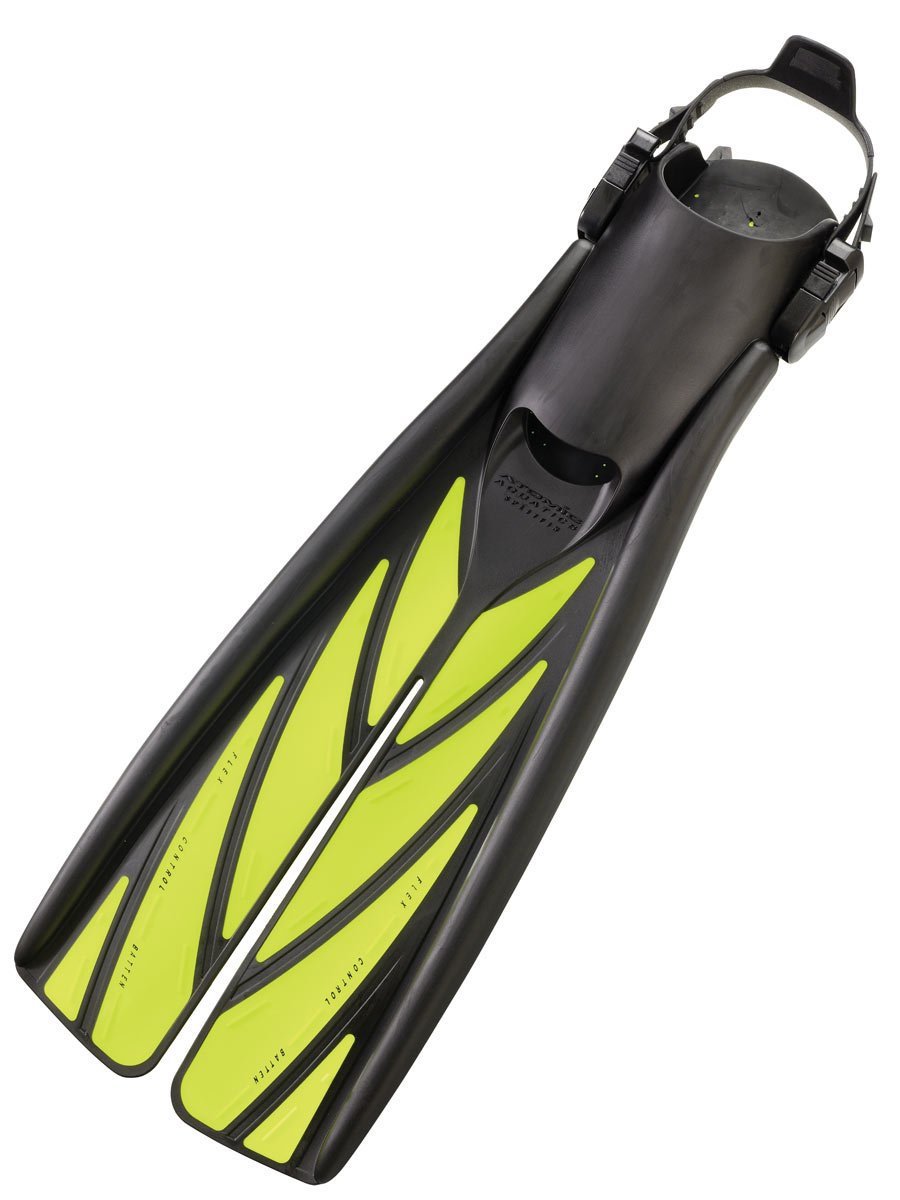 Even Fish Envy SplitFins
Why SplitFins deliver more propulsion with less air consumption:
All it took was watching the tail fins of fish – except that we couldn't keep up with them because our traditional fins took too much effort. Using hard kicking paddle fins can result in leg strain, fatigue and cramping. Because of the kick resistance of a paddle fin, divers often “felt” like they were moving fast. But underwater speedometers proved that these divers were actually moving relatively slow. SplitFins deliver more propulsion with less drag and kick with less effort. Reducing the stress and strain of the kick results in greater sustained speed, power and comfort. Independent testing has also confirmed that the SplitFin design significantly reduces air consumption.

How To Swim With Atomic SplitFins


Don't worry about how easy the SplitFins are to kick. There is nothing wrong, you're probably already going just as fast as you did with your old fins. Although they work with a variety of kicking styles, you should adapt to a smaller range, more frequent flutter kick for maximum performance.

The smaller-range rapid flutter kick also keeps your legs within the slipstream of your body so that you punch a hole in the water that is only as big as your shoulders and your tank. Remember, less drag means more speed and less effort. 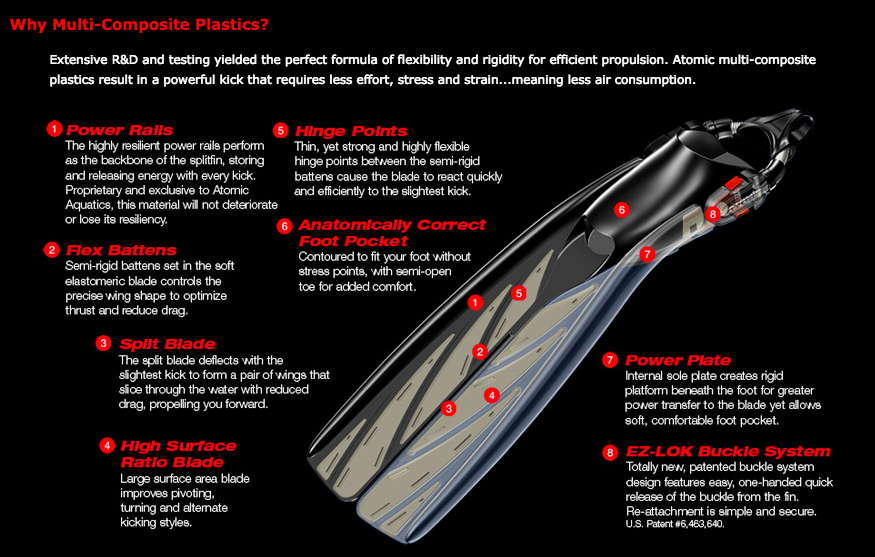 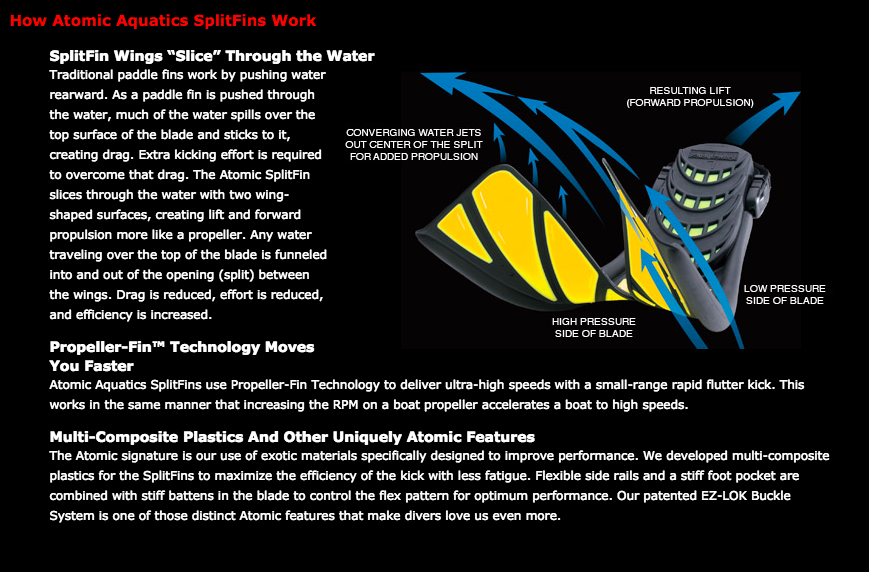